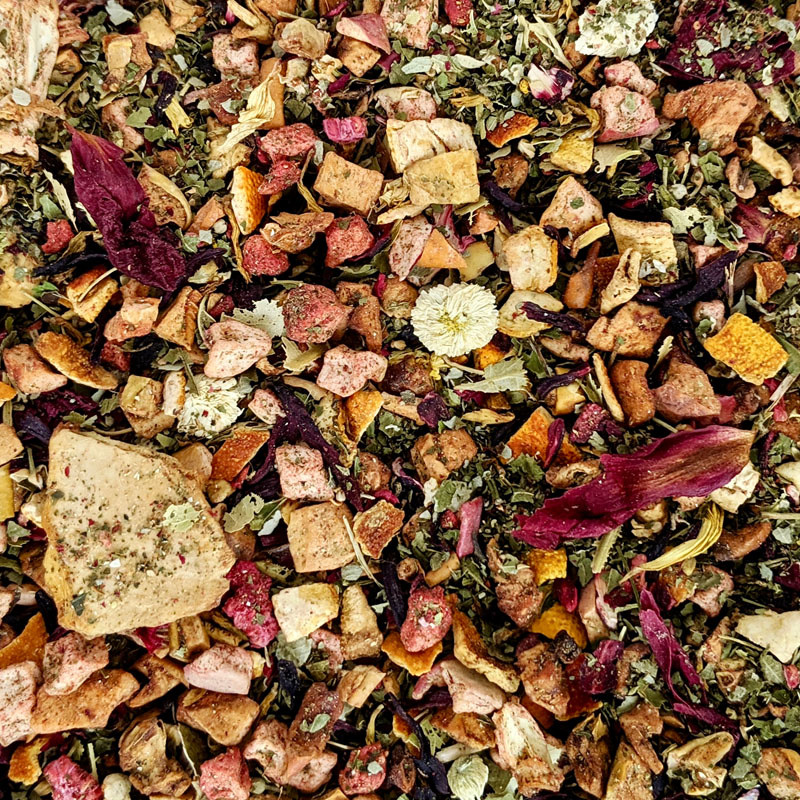 You can also drink this tea when it's NOT the summer solstice.

Add to wishlist / Add to comparison /

The summer solstice is the longest day of the year. In the northern hemisphere, it occurs on June 21st or 22nd. In “show off” language it’s described as “an astronomical event that occurs when the apparent position of the Sun as seen from the Earth reaches its southern or northern most extremity according to the plane of the celestial or terrestrial equator”. We are now well educated.

To celebrate this heavenly event, we have gathered the greatest summer fruits and added herbs and flowers to blend the essence of summer in a cup. With subtil dominant notes of pineapple and cherry, we can guarantee you'll love it.

Availability: In stock
Add your review
0 stars based on 0 reviews
Yep, sorry, it’s a « pop up »…

We understand that you don’t like to be stunned by a popup window. But what if you could have access to a curated content (article, recipe, etc.) and be the first to know about our new products and promotions?